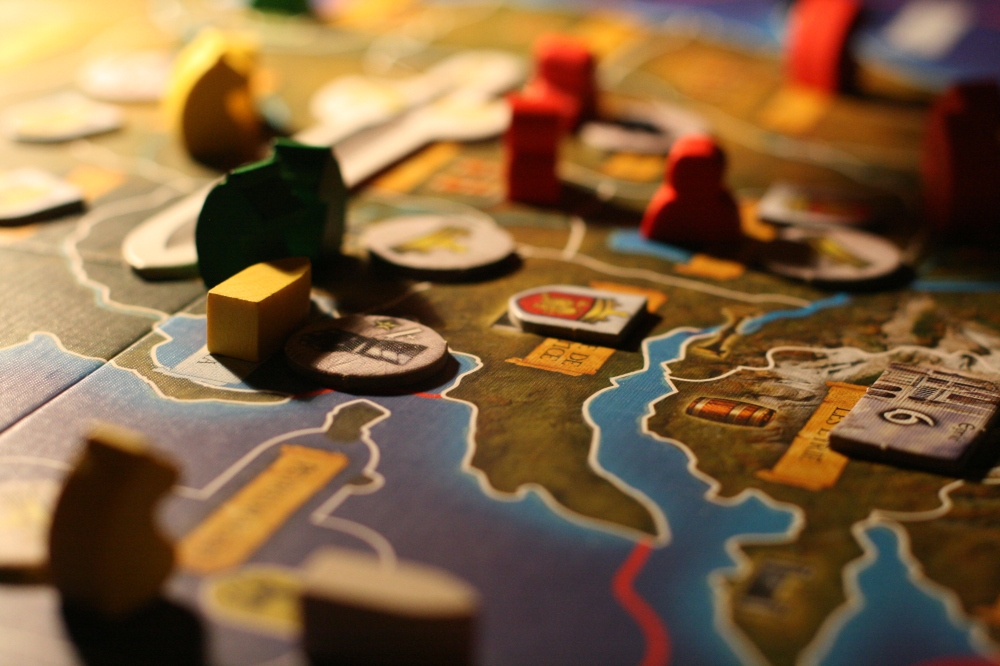 I’m speculating that most of you could scour your closets or dig below a coffee table and find a game or two, but generally speaking tabletop gaming has probably stirred your interests momentarily enough to inspire you to acquire something like Cards Against Humanity and maybe a knock-off copy of Monopoly.  That sounds like a fair enough assessment, and really the average person is likely content with that.  Rightfully so.

I grew up with classic games.  My parents owned the same copies of Monopoly, Sorry!, The Game of Life, & piles of Trivial Pursuit that populated their bedrooms as children and teenagers, and on rare occasions my siblings and/or friends would bust them out.

It was a novelty.  A simple pleasure.

There was the board game revival of several years back that has re-invigorated the American tabletop marketplace, and sometime in January of 2015 I too got the urge to splurge.  It’s difficult to find time to play all the games I own, but there’s something comforting about having this collection, and it has nothing to do with the satisfaction of owning a pile of something shiny.

I think about if my kids or my nieces and nephews would someday see the games and want to play.  I think about how these games don’t require any paid DLC, an internet connection, or an expensive console to enjoy.  Each one is self-contained and, so long as you don’t lose the pieces, you can open the box and have the experience then and there.

Someday I’ll stop collecting, as it’s obviously easy to dump the finances into this hobby when you’re unmarried and have no children, but that day doesn’t appear to be on the horizon.